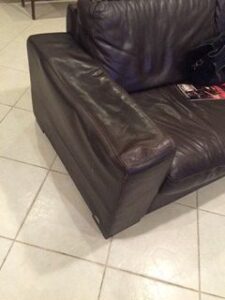 Solomon is not done with talking about the “sluggard.” This is a person that is TOO lazy to even feed himself. Sad but true there are some this applies to.

I don’t know what prompted Solomon to revisit this subject for one brief moment again. It doesn’t follow with its neighbors so it is another stand-alone proverb. I was wondering if the verses regarding a “sluggard” are almost all stand-alone proverbs. I started looking back and saw it was a trend. To be certain though I looked up the term “sluggard” in the Strongs Concordance. Proverbs is the only place that a “sluggard” is mentioned and all but two of those mentions are stand-alone proverbs. Why is it that these warnings are sprinkled in instead of concentrated? Is it to catch our attention with the sudden shift in topics? Was Solomon interacting with a “sluggard” at those particular times?

Proverbs 6 and 26 devote several verses to this topic. And EVERY mention of the “sluggard” is negative. Today’s is an EXTREME example of laziness. Can you picture the scene as it is described by Solomon? I picture someone falling asleep with their hand in the popcorn bowl. That happens accidentally at times but what is coming to my mind besides our person who fell asleep is something that DOES NOT happen by accident.

I’ve seen and heard stories of people being so lazy they literally fused to their chair, couch or bed. These people probably had good reasons for sitting down to begin with but then their laziness took over and they died as a result of it. Most of the stories about such incidents included that the person was morbidly obese at the time of their death. The problem with that for me is who was feeding them! If my husband sat down and refused to get up for an extended period of time I would make it as uncomfortable as possible to motivate him to move. I would NOT be “hand feeding” him as one girl friend did.

Another common denominator in these stories was the smell and condition of the home. The person did not even move to use the bathroom. They went where they sat. That alone would drive me from the house! One extremely sad story was of a woman who was suffering from “Locked in Syndrome” melted into the couch of her parent’s home. With Locked in Syndrome the person’s voluntary muscles stop working. The stories said that she had eye control only. But she too laid in her own dung and the house had a horrid odor. She was the exception on the weight side of such stories. She weighed 94 pounds when found dead. Her parents were charged with manslaughter. I hope they threw the book at them! She was unable to care for herself and they apparently couldn’t care for her. They should have hired help or had her moved to a facility where she would get proper care. The article said “she refused” being transferred to a facility but I bet a judge would have over ruled her if her parents really cared about her health. It makes me angry just thinking about it.

This is the kind of laziness Solomon was talking about. In the last story it was the parent’s laziness or desire to avoid “upsetting” their daughter that cost her life. Fortunately this type of thing doesn’t happen that often, or at least isn’t making the news lately.

The laziness and results mentioned by Solomon and the stories didn’t start out that severe. It grew with nothing to stop it. No one would take a seat one day and say, “I’m not moving from this spot EVER again” and REALLY mean it. Nor would someone one day say, “It’s too much work to move my hand from the bowl to my mouth.” Unchecked, laziness truly can lead to death.

Yes, we all have a bit of ‘laziness’ in us concerning one area or another. I shared mine the last time we looked at this subject (Mt. Laundry). We have to work to overcome it. I wouldn’t have anything to wear if I didn’t do laundry at all. Although I could do like a former sister-in-law did and insist on buying new clothes instead of doing laundry. True story. I had one friend that when you walked into her home you had to step up to walk across all the things thrown on the floor. When she finally did laundry she would do up to FIFTY loads before reaching the bottom of her family’s dirty clothes. She had the same aversion when it came to dishes. Needless to say I didn’t spend very much time at her home.

So how do we overcome our ‘lazy spots’? I know stories like these motivate me to NEVER become like them. Taking a hard look at your life and where you are headed if things don’t change is a good motivator too. Asking God to take this sin from your life is the best answer I have found. He helps in our lives in SO MANY ways, He certainly can help here. We simply need to surrender it to Him and do whatever the Spirit prompts in you. It’s a good was to learn to listen too.

Father God, thank You for helping me make spending time with You a priority in my life. I truly want to keep an orderly house. You know my laziness in this area lf my life. Help me Lord to overcome this. Don’t let me become obsessed with cleaning so my whole day is taken up with it and my family is neglected. Help me find a good and godly balance in my life.