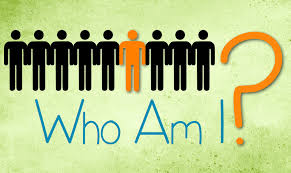 David has heard and accepted the words sent through Nathan. He will not build a house for God but his kingdom will be established forever. He is filled with gratitude!

When David initially went to Nathan with his idea about building a house for God, I don’t know if he was seeking counsel, allying his own fears or misgivings, or using him as a ‘yes’ man. Nathan’s initial answer was ‘yes’. He told David to do whatever his heart desired. But then God spoke directly to Nathan on the issue David brought to him.

Nathan didn’t question the answer God sent him. He listened with his whole heart. He didn’t try and argue with God over the answer. He also didn’t hesitate in delivering the FULL answer to David.

Apparently these men had a good relationship. They valued each other’s opinion. And, more than that, they knew of the other’s faith in God. David knew the words from Nathan really did come from God.

When God called David from the fields as a youth, he probably never dreamed what his life would one day look like. He most likely hadn’t even given a single thought to the children he would have and certainly not their futures. Yet God had all this in mind before He even called Samuel to go anoint a king.

This day God shares some of it with David. The first thing is that David’s dream of building a house for God would come true. David wouldn’t be able to do it but one of his children would. David focused on the promise, not the disappointment here.

God also told David that his kingdom would be established forever. I’m certain David had no idea how God would actually fulfill this promise. David latched onto it with both hands; for his children.

The BEST part of David’s response is his humility. “Who am I, O Lord God, and what is my house, that You have brought me thus far?” (verse 18b). David could have become proud or puffed up with the promises God had laid out for his life and his name.

David doesn’t boast about his future. Instead he offers thanks and wonderment. He also includes Israel in his prayer of thanksgiving. David truly had a servant’s heart.

I am ashamed to say that my heart doesn’t always reflect the attitude it should. I get frustrated when MY plans or time is interrupted. I’m still working on changing this response. I also find myself wanting accolades instead of recognizing where I came from and what God has built. This too is an area I need to work on. I desire a heart like David’s. One that focuses on the good and how I can serve. This too is mine to work on, with God’s help.

THANK YOU for growing me through those traits. No. I have not been ridded of all these completely but You have shown me how to use them constructively instead. Keep working on me Holy Spirit. I want to be the daughter of the King who shines His glory on all those around me. Help me accept the ‘no’ answer with grace. Help me truly have a servant’s heart and stop being angry with interruptions.